How to make resistance bands an effective training tool

Range of Motion, Tempo and Time Under Tension

To maximise the stimulus provided by the resistance band, perform pulse reps when the band is at its max stretch/resistance. To use this training technique, perform the concentric portion of the exercise as normal, perform ¼ of the eccentric portion of the movement then concentrically contract again, that is one pulserep. This can also be viewed as a partial rep, as a full repetition would be full range of motion, full concentric and eccentric parts of the movement. Perform 12 to 20 pulse repetitions for 3 sets.

By performing the repetitions in this manner, we can ensure maximum resistance is placed on the muscle, thus maximum stimulus. Another easy way to stimulate the muscles with more time under tension is to perform isometric holds at the peak stretch of the band during the movement. Holding the bottom position of a squat is the perfect example of an isometric hold. Perform 5-10 second isometric hold per repetition, for 3 set of 12-20 repetitions.

With the limited range of motion, the stimulus we gain from the range of motion decreases significantly. In order to maintain intensity of the workout, I recommend taking minimal rest, 0-45s between sets, and exercises, try to keep moving, super-setting unilateral movements is a great way to keep the body moving, as you are performing 4 exercises in 1 super-set. Perform 3-5 sets for all exercises, 1-2 sets for warm up, 3-4 as working sets.

Place the non-working foot in the middle of the resistance band, hold the two ends in your hands. Retract and depress the shoulder blade, pull the band to create tension, push through the mid-foot of the working leg, the band will create resistance for the working leg. Extend the hip of the working leg by contracting the glute and hamstring, maintain a rigid torso by pulling the bellybutton towards the spine. 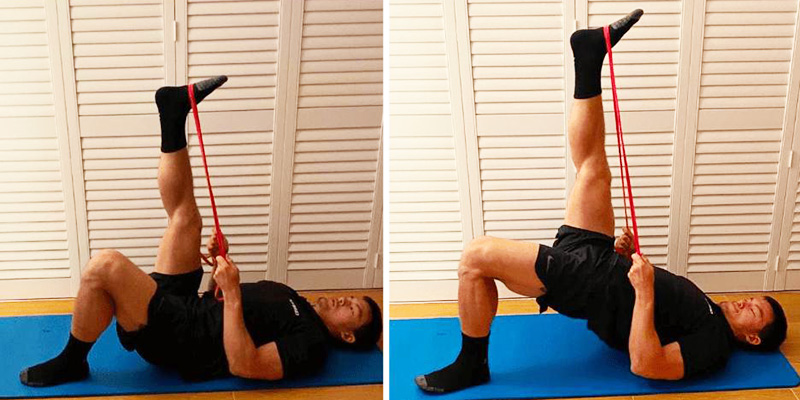 Step onto the middle of the band, reach down and grab the band. The close you grab towards the working foot, greater the resistance. Perform the repetition by contracting the glute and hamstring to stand upright. Maintain a rigid torso, keep the shoulder blades retracted and depressed throughout the movement.

Start by placing the feet within the loop, position the feet shoulder width or slightly wider, hinge from the hips. Keeping the glute and hamstrings engaged, retract and depress the shoulder blade then drive the elbow back behind you to finish the row. 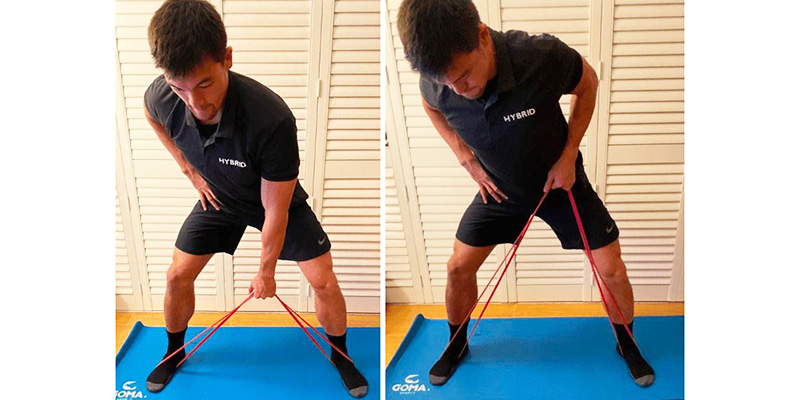 Stand in the loop of the band, retract and depress the shoulder blade, then upwardly rotate your arm so that the knuckles are facing up, then punch the sky to finish the rep. 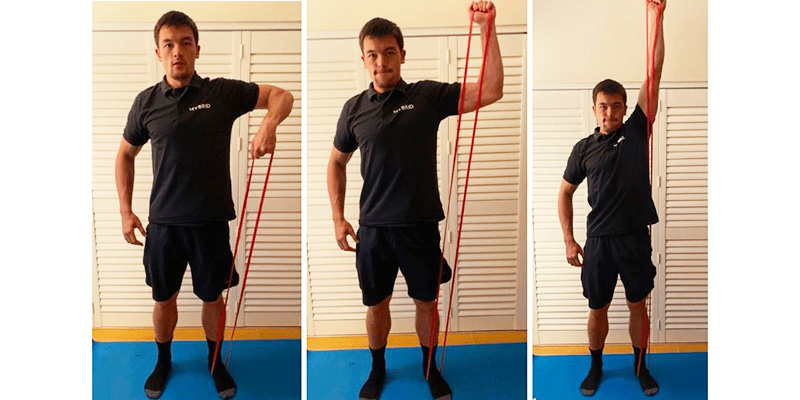 After placing the foot in the middle of the band, reach down and perform a bilateral bicep curl, hold that position by retracting and depressing the scapula. Descend into a split squat while performing an isometric bicep curl. The purpose of the bicep curl is to generate stretch in the band to apply resistance to the movement. 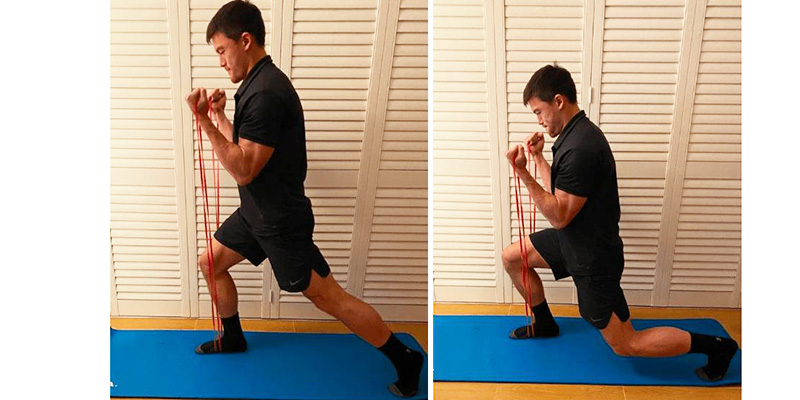 Try including these exercises into your next home workout, 3 to 5 sets, 12-20 repetitions for each exercise, 0-45 seconds rest between exercises and sets.